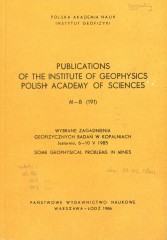 It is found that, according to theoretical analysis supported by laboratory tests and by field observations in mine regions, the complex model of mine tremors and rockbursts shall be introduced. There are numerous observations of rockbursts of evident implosive character, in such a way that shear movement and implosion are related each to other. However, a part of shear movements may be slow, precursor to the implosive events.