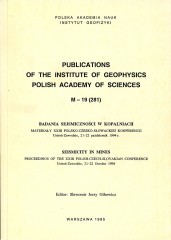 The XXIII Polish-Czech-Slovakian Conference on Seismicity in Mines was held on 21-22 October 1994, this time in Poland, in Ustroń-Zawodzie in the Beskidy Mts. The meeting was attended by 78 participants from Poland and 13 participants from the Czech Republic. A number of research institutions as well as several coal and copper mines were represented. Forty-one papers were presented, describing the results of research on various aspects of seismicity induced by mining. As a result of gradual introduction of modern digital equipment for seismic monitoring in mines, a growing interest in source mechanism studies of mining tremors should be noted. Apart from a classic form of fault-plane solutions based on the first-motion observations, a more general form based on moment tensor inversion is introduced, together with source parameters based on spectral analysis of the recorded seismic waves. A number of papers on these topics were presented and discussed. 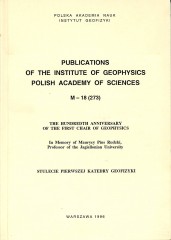 Our Earth has been the object of interest throughout the whole history of science. Searching for the beginnings of modern Earth's science, we should mention Newton, who established the physical background to it, and formulated the theory of gravitational attraction. The first gravity field theory together with earlier discoveries on the Earth's rotation constitute the fundamentals of this branch of science - and essential part of classical physics. Many basic problems related to our Globe, as for instance the theory of equilibrium figure, have been successfully approached by the most renown founders of mathematics and physics. 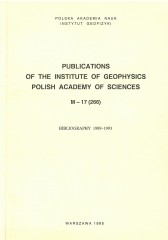 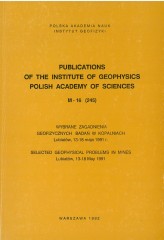 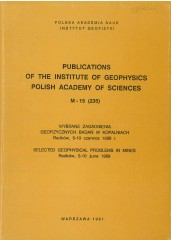