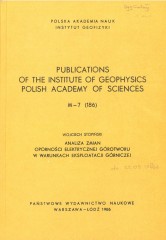 Measurements of electric resistivity of a rock body, carried out at the Lubin copper mine, have been analyzed taking into account geological data and physical-mechanical properties of rocks. The resistivity variation was found to be closely related to stresses, rockburst hazard and the occurrence of seismic events. 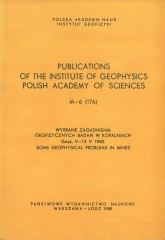 This volume contains papers presented at the XIII Polish-Czechoslovak symposium on geophysical studies in mines. The symposium was held in the Geophysical Observatory of the Institute of Geophysics, Polish Academy of Sciences, at the Książ castle near Wałbrzych on May 9-13, 1983. 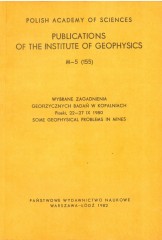 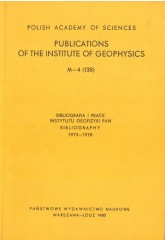 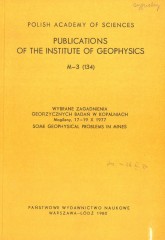